Former Girls Aloud star Kimberley Walsh gave birth to a baby boy on Thursday (04.09.14) and she and her boyfriend Justin Scott have named their son Bobby. 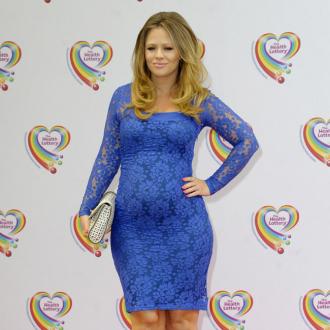 Kimberley Walsh has given birth to a baby boy.

The former Girls Aloud singer delivered the tot on Thursday (04.09.14) and mother and baby are doing well.

Kimberley and her long-term boyfriend Justin Scott have decided to name their son Bobby and they are overjoyed to become parents.

Kimberley has been congratulated on the arrival of her son by several of her famous friends on Twitter.

And The Saturdays singer Rochelle Humes tweeted: ''@KimberleyJWalsh Big congrats to the both of you ... Lovely news xx Special times. (sic)''

Before the birth Kimberley, 32, had said she wanted her labour and the birth filmed so she could watch it afterwards.

She previously revealed: ''I'm excited about meeting my baby - I'd like Justin to film the birth.''