Kimberley Walsh is feeling ''very relaxed'' about giving birth and thinks her ''instincts'' will kick in when she goes into labour. 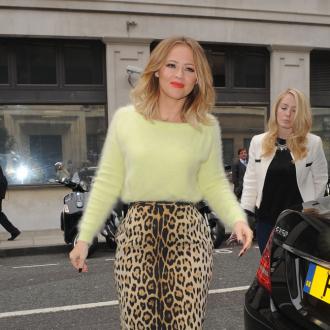 The former Girls Aloud star - who is expecting her first child with boyfriend Justin Scott - is now in the seventh month of her pregnancy and has begun thinking about labour, but surprisingly, she isn't worried about the painful process.

She wrote: ''I feel very relaxed about it all and I'm still undecided about doing a course of antenatal classes. I feel calm about the birth and imagine my instincts will just kick in.

''In those classes they go into so much detail that I think I might become more scared.

''Maybe I'm too relaxed about it all, but I saw my sister Sally give birth to her son Billy and that's helped.

''Birth never ends up being the way you plan it, and my friends say when they were in pain the techniques they learnt went out the window anyway!''

The 32-year-old star previously revealed she wanted to have a natural birth and luckily for her and Justin, her pregnancy has been relatively easy so she may get her wish.

Kimberley added in her column for Britain's OK! magazine: ''The baby weighs between three and four pounds now and its head is down and in the right position, so everything's leaning towards me being able to have a healthy, natural birth, which is great news.''