Kimberley Walsh's singing teacher says the techniques she learns during their sessions will help with her labour. 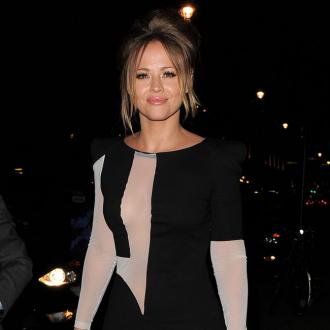 Kimberley Walsh hopes to use her ''singing power'' to give birth.

The Girls Aloud singer has continued having singing lessons throughout her pregnancy and her teacher says the techniques she learns could be useful in labour.

She said: ''My teacher mentioned that breathing techniques she'd learnt from singing really helped in childbirth - using her singing power to push the baby out.

''Can you imagine if I had a Julie Andrews moment and burst into 'The Sound of Music' in the labour ward?''

The 'Promise' hitmaker says it is ''important'' for her to continue with vocal training because of how the pressure of the baby affects her internally.

She explained: ''It's important that I can still sing with this bump as there's not as much space for my diaphragm, but my teacher, Mary, told me I'm fine.''

Kimberley - who is in a relationship with Justin Scott - also insisted she won't be in a hurry to lose weight after giving birth.

She added in her column for Britain's OK! magazine: ''I won't put myself under pressure, all I care about is looking after the baby the best I can. Most of my friends with babies say losing weight is the last thing on their minds with a newborn - you barely have enough time to breathe, let alone diet.''