Pregnant Kimberley Walsh expected her fans will buy gifts for her baby, but she won't be asking the, for specific items. 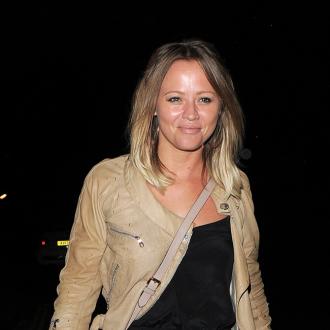 The Girls Aloud singer has scoffed at the idea of publically asking her fans to buy her gifts, something celebrities like Lil' Kim have been known to do in the past.

Quizzed whether she would consider it, she laughed: ''Definitely not!''

The 32-year-old star is expecting her first child with her boyfriend of over 10 years, Justin Scott, and despite not wanting her fans to spend their money on her, she is expecting be inundated with presents from well-wishers when the baby arrives this autumn.

Kimberley exclusively told BANG Showbiz: ''I haven't [received any gifts yet] because I haven't been as busy or doing things where the fans can come and find me. No doubt when I do have the baby, I'm going to get an onslaught of baby gifts.

''Even when my sister had her first child, they bought her loads of things. I'm sure there'll be plenty of Girls Aloud baby gros on the way to me soon! The fans are really excited.''

The 'Untouchable' singer is loving her pregnancy so far, especially since Justin has been spoiling her rotten and slipping her extra bits of chilli-infused food.

She said: ''You do definitely get special treatment. He's turned into a bit of a feeder. He always makes me a bit of extra food - supposedly for the baby, but really it's just an excuse!

''I've been obsessed with chilli. I was putting chilli oil on every single thing that I ate, but that's passed a little bit now. I think I've levelled out a lot over the last few weeks, I'm feeling a little bit more like myself really. I'm not quite so hungry!''

The pair have been making sure to spend some quality time together before their family gets bigger.

Kimberley added: ''We went to New York for a few days to spend a bit of time together before our new arrival comes. It was nice to spend some quality time together and make the most of our freedom while we've still got it.''

Kimberley's new duet with Alistair Griffin, 'The Road', will be released on June 30 through Elbow Grease Records. The video for the single can be seen on Youtube.com and Alistair releases his new album 'From Nowhere' on July 7.