Kimberly Stewart is believed to have named her daughter Delilah.

The 32-year-old socialite and former boyfriend Benicio Del Toro welcomed their first child into the world on Sunday (21.08.11) and her father, rocker Rod Stewart, has now appeared to have revealed the new arrival's name.

He said: "I'm a grandfather now. I've been going around blabbing that out for hours now."

He then sang out the name 'Delilah', prompting speculation that is the baby's moniker.

Rod, 66, has been married three times and has eight children - the youngest, Aiden, being just six months old - and is pleased he gets along with everyone in his family.

Speaking about joining Kimberly - whose mother is his first wife Alana Hamilton - at the hospital when she gave birth at the weekend, Rod told USA Today newspaper: "We had everyone at the hospital to help Kimberly. I won't say we always agree, but we get along."

Rod tied the knot with current spouse Penny Lancaster - with who he has sons Alistair, five, and Aiden - in 2007 and says he has learned now how to be a good husband.

Explaining why this marriage is proving successful, he said: "Because I listen more now - men should listen more, frankly. But I suppose it's not our way." 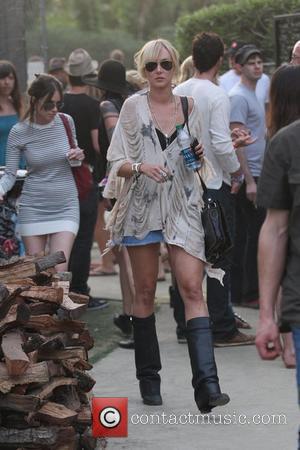