Kimberly Wyatt has hit back at former bandmate Nicole Scherzinger insisting they all put in an equal amount of work to make the Pussycat Dolls a success.

Kimberly Wyatt has blasted Nicole Scherzinger for claiming she sung the majority of the Pussycat Dolls' songs.

The former band member has broken her silence about her time with the girl group after 'The X Factor' judge claimed she sang ''95 per cent'' of their albums on her own.

The 'Got To Dance' judge has hit back at Nicole, insisting every one worked hard and put in the same amount of effort to make the group a success.

She told the Daily Express newspaper: ''We were successful as a collective, that's why we reached the heights that we did.

''Ultimately I want to remember my work within the Pussycat Dolls as being something great, even if in some people's eyes I was only 1 per cent.''

Nicole, 34, previously said: ''After I finished the album PCD, Ron [Fair, A&M Records president] and I brought the girls into the studio and played it for them. This was the first time they had heard the music.

''It was the first time they had heard the songs... I probably did 95 per cent of the album on my own.'' 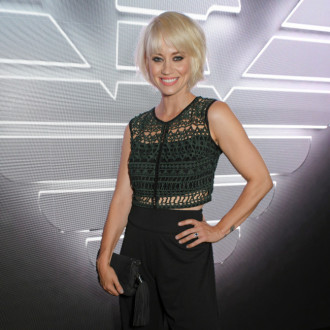