Kings Of Leon Album Sales Only Beaten By Coldplay 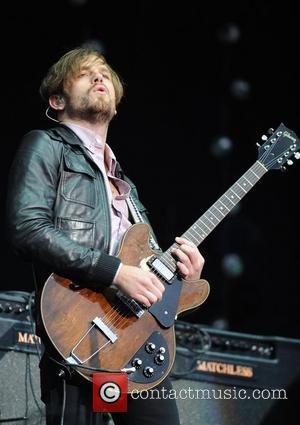 Kings Of Leon's new album Only By The Night could sell a massive 250,000 copies by the end of the week, according to current industry figures.

The Followills' fourth effort is now the second fastest-selling album of the year, behind Coldplay's Viva La Vida or Death And All His Friends.

And with the band's single Sex on Fire still topping the charts - their first-ever number one - Only By The Night's popularity shows the US band have leapt into the big leagues.

"We estimate that by the end of this week the band may well have shifted the best part of 250,000 copies across the whole retail market - this year only Coldplay's Viva La Vida has sold more in its first week," he explained.

"The band look set to stay at the top of the official singles charts as well, enabling them to join the elite club of artists who have enjoyed a simultaneous number one single and album."

He continued: "This success shouldn't really come as such a surprise - it's been 'on the cards' for a while now, ever since Kings of Leon were confirmed as one of the headline acts at this year's Glastonbury.

"And, of course, the band have recently appeared on the highly influential Later with Jools Holland and are still reigning supreme in the official singles charts with Sex on Fire - so all the clues have been there.

"This success may have been a little while in coming, but it confirms that Kings of Leon now rank alongside the world's biggest rock acts."