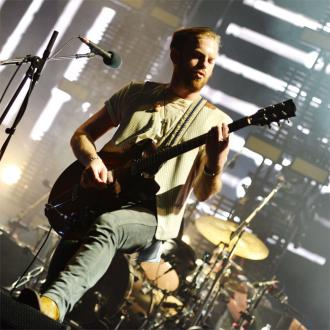 The group - brothers Caleb, Nathan and Jared Followill, and their cousin Matthew Followill - treated the crowd at Hylands Park, Chelmsford, south east England, to an assortment of their greatest hits, including 'Sex on Fire' and 'Use Somebody'.

The rockers got the audience in the mood by kicking off their set with comeback single 'Supersoaker', which looks to have already cemented its place among the elite tunes in their back catalogue, and Caleb was eager for the band to sign the spectacle off in style.

He told the crowd: ''This is our last show on this tour so we want to have some fun. I hope we can come and back and see y'all real soon.''

Kings of Leon's loyal supporters were delighted when the group launched into ''some old s**t'' in the shape of 'Holy Roller Novocaine', 'Molly's Chambers' and 'Four Kicks', but the finishing touches to a fantastic finale came courtesy of their 2008 hit 'Sex on Fire'.

Earlier in the day, The Saturdays kicked off a sunny Sunday with an energetic set on the main Virgin Media Stage, but without pregnant band member Frankie Sandford, who stayed at home to rest.

McFly continued the pop love-in with a performance featuring their top tunes including 'Obviously', 'Shine a Light' and 2012 single 'Love is Easy', during which singer Tom Fletcher strummed along on a pink ukulele.