Kings Of Leon Give Up Partying

Kings Of Leon have given up partying in favour of a quieter life playing ping pong and darts. 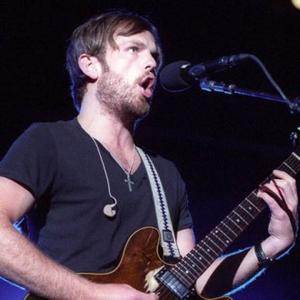 Kings Of Leon have given up partying for "ping pong and darts".

The US band admitted they have swapped a life of girls, drugs and brawls for playing games with their friends and settling down with their partners.

Frontman Caleb Followill, who is engaged to model Lily Aldridge, said: "We still party a little bit. There's not really drugs involved anymore. But we try to make sure we're on the road with bands we're friends with.

"So last night, after the show, it was us and The Whigs who are our friends as well as support band, in The Games room, playing a lot of ping pong and lots of darts. We do that most nights, just hang out, and we'll jam a little bit now and again."

The 'Radioactive' singer also confessed he gave up fighting because he feels he's getting too old for it.

He added: "It's a little harder to recover now. The older you get, you feel every punch the next day. So I've given up on that."

Meanwhile, Caleb's brother Jared Followill, who is now the only single band member, explained how the band's priorities have changed.

He said: "We used to go to bars to basically find girls. But then we all got girlfriends and settled down. Then my relationship ended so I've started going back to the bars. I'm the only guy that really goes out now."