Kings of Leon to headline Isle of Wight

Kings Of Leon will headline this year's Isle of Wight Festival, playing with the likes of Red Hot Chili Peppers and Biffy Clyro. 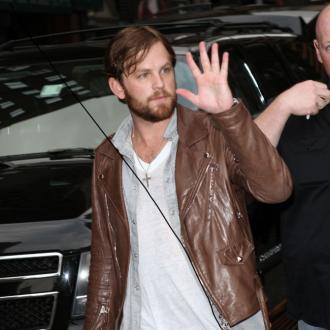 Kings Of Leon will close this year's Isle of Wight Festival.

The 'Sex On Fire' rockers - brothers Caleb, Nathan, Jared Followill and cousin Matthew Followill - are returning to the event which they headlined in 2011, joining Red Hot Chili Peppers and Biffy Clyro, who are also topping the bill for the festival from June 12 to 15 at Seaclose Park in Newport.

''The bill is truly eclectic, we have something for everyone, new and emerging talent mixed with established artists. The summer starts here.''

Also taking to the stage during the weekend will be Dappy, boy band Lawson, From The Jam, featuring Bruce Foxton and Rick Buckler and four-piece girl group Neon Jungle, along with MTV Brand New winners, The Vamps.

Other acts already announced include Rudimental, Passenger, The 1975 and The Waterboys.

For tickets for the event, visit isleofwightfestival.com.