Kings Of Leon earn their fourth UK No.1 Album with 'Mechanical Bull'. 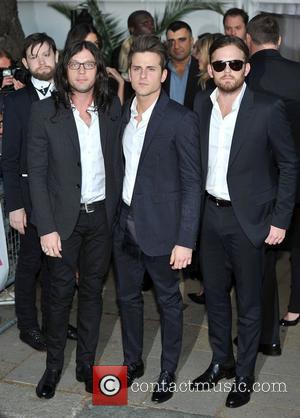 American Rock band 'Kings Of Leon' have risen to the top of the Official UK Album Charts with their 6th studio album 'Mechanical Bull.

Their latest album was released on September 23rd and has sold over 71,000 copies so far.

This is the fourth No.1 for the Nashville boys in the UK and it is also the 10th anniversary of the group's debut album 'Youth & Young manhood' making its first chart appearance.

The Followill brothers outlasted tough competition from Drake, who released his much anticipated album' Nothing Was The Same' on September 24th, as he came just behind at the No.2 spot.

Jessie J was also a frontrunner for the top spot as she released her new album 'Alive' on the same date as the Kings of Leon and rounded up the top 3, whereas Arctic Monkeys are still riding the wave of success from their 5th studio album 'AM' who come in at No.4.

Jason Derulo finishes up the top five with his newly released 'Tattoos' that features the hit song 'Talk Dirty' that features 2-Chainz. The US RnB singer knocked off Katy Perry's 'Roar' from the summit to the second spot in the singles charts, where he stays for a second consecutive week.

OneReupublic are holding the 3rd position with 'Counting Stars' and Drake's hit singer 'Hold On We're Going Home' finishes at No.4. Jessie J came in at No.3 with 'Alive'