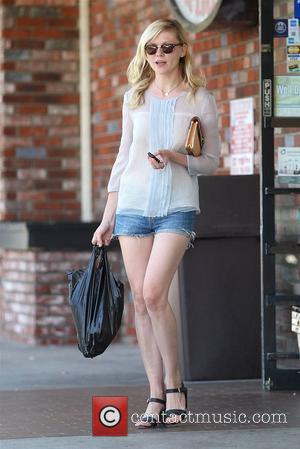 American stars Kirsten Dunst, Eliza Dushku and Adam Levine were fuming after a technical glitch on U.S. TV left them unable to watch the full closing ceremony of the London Olympics.
The Who, Queen, Annie Lennox and the Spice Girls were among the superstar acts who helped bring the 2012 games in the U.K. capital to a triumphant end on Sunday night (12Aug12).
Many American celebrities tried to catch the event on the small screen, but a technical fault on satellite provider Directv meant they missed out on a huge chunk of the celebrations, including the Wannabe hitmakers' one-night reunion.
Taking to Twitter.com to complain about the interruption, rocker Levine wrote, "DirectTV is down. Good job guys. It's ok I wasn't watching the closing ceremonies or anything. Boo."
TV star Dushku added, "Blown away by the Olympics wrap-up! Wait... The closing ceremony just glitched. Interruption not cool...! Aw, man I missed the Spice Girls performo (sic) Directtv. No Spice."
Meanwhile, Dunst uploaded a snap of the company's fault message, along with the caption, "Way to go Directtv."
The Middle actress Patricia Heaton also had the same problem, writing, "C**p. Direct TV is having difficulties - just cut off Annie Lennox on Olympics Closing Ceremony."
Bosses at the company apologised for the problems in a statement, writing, "A technical issue at our broadcast centre caused a brief disruption... We are looking into the cause and apologise to those customers who were affected."