Kirsten Dunst has signed on to star in new Lars Von Trier movie 'Melancholia' with Kiefer Sutherland and Charlotte Gainsbourg. 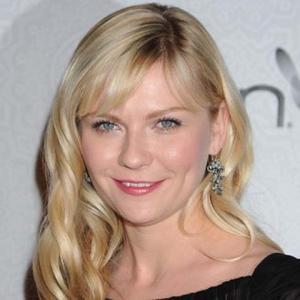 The 27-year-old actress will star alongside Charlotte Gainsbourg, Kiefer Sutherland and Udo Kier in the film, which will be directed by Lars Von Trier.

Shooting begins on the film in the south of Sweden in July.

Penelope Cruz had initially been considered for Kirsten's role before signing on for 'Pirates Of The Caribbean: On Stranger Tides', according to Deadline.com .

'Melancholia' tells the tale of a group of people dealing with the death of Earth, and von Trier has previously revealed the film will not have a happy ending.

Kirsten is currently filming romantic drama 'Upside Down' with Jim Sturgess and Jayne Heitmeyer and will next star in mystery movie 'All Good Things' alongside Ryan Gosling and Frank Langella.