Kirsten Dunst has signed up to star in Jeff Nichols' sci-fi drama 'Midnight Special' and will star alongside Joel Edgerton and Michael Shannon. 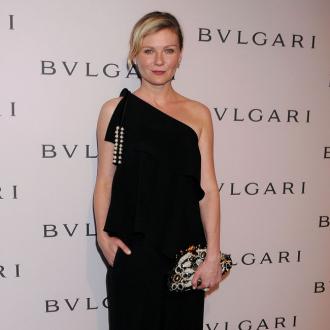 The 'Spider-Man' actress will star in 'Mud' director Jeff Nichols' sci-fi drama about a father who goes on the run with his eight-year-old son when he discovers the boy has mysterious special powers, according to Deadline.

Dunst will star alongside 'Man of Steel' actor Michael Shannon and 'The Great Gatsby' star Joel Edgerton in the movie.

As well as directing, Nichols wrote the script for the film, which will be produced and distributed by Warner Bros.

Dunst recently starred alongside Rebel Wilson and Isla Fisher in raunchy female comedy, 'Bachelorette', as well as 'Melancholia', 'On the Road' and 'Upside Down'.

The actress' upcoming movie roles include the eagerly anticipated Will Ferrell comedy 'Anchorman: The Legend Continues' - which will see the comedy star reprise his most famous role as news anchor Ron Burgundy - and thriller 'The Two Faces of January', in which she'll star alongside Viggo Mortensen.