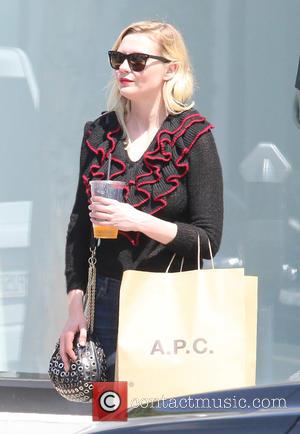 The Bring It On actress was 18 when she was cast as the superhero's love interest, Mary Jane Watson, alongside Tobey Maguire.

She recalls feeling belittled by the predominantly male crew when they give her the nickname "girly-girl".

"I didn't like that at all. I mean, I think they meant it as endearing, but at my age I took it as dismissive," she tells Britain's Observer magazine.

She later worked with the same assistant director on another movie, and she came clean about how she felt.

"I told him how much that upset me... And he treated me completely differently on this movie and we got along really well. He's a great guy."

In the interview, the former child actress also admits someone on the set of Spider-Man suggested she correct her crooked teeth, but she refused.

"I was like: 'No, my teeth are cool!'... The biggest fault for any actor is vanity, and I've never fallen prey to that. I don't think about it. Sometimes I should, because I look at myself and I'm like: 'Urgh, I gained a little weight' or whatever. But I think about that after the fact. When I'm acting, I just don't care."