Kirsten Dunst is interested in making a movie in another language and would particularly like to work on a German film. 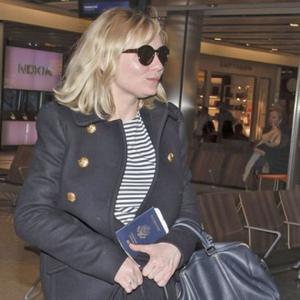 Kirsten Dunst wants to make a film in German.

The 'Melancholia' actress' next career ambition is to play a non-English speaking character in a movie and would particularly like to pay tribute to her Roots.

She said:"I really want to do a film in another language.

"My dad's from Germany, so it'd be really cool to do a film in German. I'm not quite fluent, but I can get there. And my accent's pretty good. I wouldn't feel too out of my element."

The 29-year-old actress feels "lucky" as she is able to be selective about the roles she chooses and says her main consideration is who is creating the project.

She said: "I feel like everyone directs their own career according to their taste, what they migrate to emotionally and what kind of artists they want to work with.

"And I'm lucky enough to be in a position where I can wait six months for a project that really interests me. The filmmaker is really important to me: it could be their first film, it's not just about their reputation, but I have to really believe in them. In a way, to me, even 'Spider-Man' was almost like an independent film on a very large scale, because Sam Raimi has such an independent spirit."

However, Kirsten admits there are few offers she has received that interest her and she believes the movie industry is oversaturated.

She told HitFix: "Well, I don't limit myself, and I don't do things just to do things. I've been lucky to find people who want to work with me, whom I respect and like, but the truth is there aren't that many good projects out there. And we make way, way too many movies. So it's not always going to happen with every project. But I try and wait it out."