How Many People Does Kirstie Alley Love? Add John Travolta To The List! 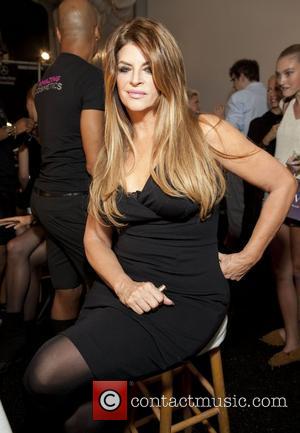 Kirstie Alley has spent the week telling everyone who'll listen how many actors best known for dancing movies she's been in love with. She started with Patrick Swayze - the late Dirty Dancing star - and has moved on to John Travolta, the Saturday Night Fever and Grease Hollywood icon.

Alley made it clear that she never had an affair with Swayze, explaining that she didn't want to break up his marriage at the time. However, it seems Travolta has a particularly special place in her heart. She tells Barbara Walters in an upcoming 20/20 interview, "Travolta is [the] love of my life because of our evolution. From the actor I wanted to run off with to being J & Kelly's children's' Godmother." Bit weird, but anyway. In the same interview Alley put to bed rumors surrounding Travolta's sexuality, saying, "I know John with all my heart and soul.He's not gay. I think in some weird way, in Hollywood, if someone gets big enough and famous enough and they're not out doing drugs and they're not womanizing, what do you say about them? I think that people think that's the supreme insult, 'He's gay'".

So there you have it, Kirstie Alley wanted to run off with both Patrick Swayze and John Travolta. She ended up choosing not to have an affair with the former, and became godmother to the latter's grandchildren.