Kirstie Alley And Pamela Anderson Return For Dancing With The Stars 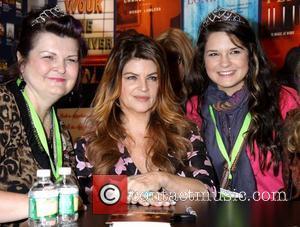 Actress Kirstie Alley and Pamela Anderson are returning to the dance floor for a second shot at the Dancing With The Stars Mirror Ball Trophy.
Last year's (11) runner-up Alley and Baywatch beauty Anderson will face off against 'N Sync's Joey Fatone and 98 Degrees singer Drew Lachey in the upcoming season of the hit U.S. reality show.
Also joining the competition are Sex and the City: The Movie actor Gilles Marini, model Kelly Monaco, and speed skating champion Apollo Ono.
This year (12), TV bosses invited back the 14 most popular contestants of the past for an all-star special, instead of creating a new line-up of fresh faces like they have in previous seasons.
The new Dancing With the Stars will premiere on 24 September (12).