Kirstie Alley Shocks Judges On Dancing With The Stars

Kirstie Alley impressed the judges on 'Dancing With The Stars' last night (22.03.11) and was awarded a respectable eight points by two of them after her debut performance. 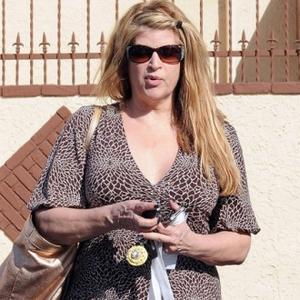 Kirstie Alley shocked judges by delivering an impressive performance on 'Dancing With The Stars' last night (22.03.11).

The 60-year-old actress, who has admitted she is taking part in the reality TV show in a bid to lose weight, came second on the leader board during the debut episode, and was awarded an impressive eight points by judges Carrie Ann Inaba and Bruno Tonioli.

Her Cha Cha cha with partner Maksim Chmerkovskiy to Cee Lo Green's 'Forget You' earned her an overall score of 23 out of a possible 30 points, which put her in second place behind 'Karate Kid' star Ralph Macchio.

Bruno told the 'Fat Actress' star her footwork was the "best of the night" and head judge Len Goodman called her dance "cheeky" and "fun".

After her performance Kirstie said: "I did work hard, and I'm going to work harder now. I've had a taste of an eight, I want a nine."