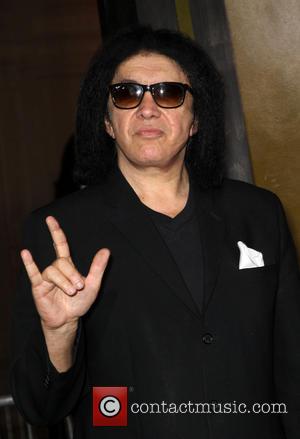 The bass player and his band will be added to the Hall of Fame in April (14) after a series of near misses in recent years, but the rockers aren't exactly thrilled about the honour.

Simmons and bandmate Paul Stanley feel they should have been inducted years ago - and they're annoyed that rap acts like Run-DMC, Grandmaster Flash and Public Enemy got in before them.

Speaking to Radio.com, Simmons says, "A long time ago it was diluted. It's really backroom politics... A few people decide what's in and what's not. And the masses just scratch their heads. You've got Grandmaster Flash in the Rock & Roll Hall of Fame? Run-Dmc in the Rock & Roll Hall of Fame? You're killing me! That doesn't mean those aren't good artists. But they don't play guitar. They sample and they talk. Not even sing!

"If you asked Madonna, 'What kind of artist are you?' do you think she would say, 'Oh, rock!' So what they hell are they doing in the Hall of Fame? They can run their organisation any way they'd like, but it ain't rock! It just isn't! If you don't play guitar and you don't write your own songs, you don't belong there."

Earlier this month (Mar14), singer Stanley revealed Kiss would not be performing at the induction ceremony.