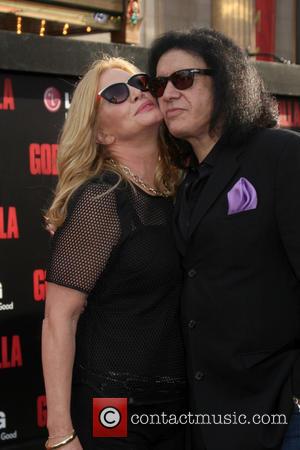 Kiss rocker Gene Simmons has apologised after suggesting sufferers of depression should kill themselves in a recent interview.

The rock veteran lost his cool when he was asked about his relationship with former Kiss members Ace Frehley and Peter Criss during a chat with SongFacts.com.

He replied, "I don't get along with anybody who's a drug addict and has a dark cloud over the head and sees themselves as a victim. For a putz 20-year-old kid to say, 'I'm depressed. I live in Seattle'. F**k you, then kill yourself."

The comment sparked controversy and attracted criticism from Motley Crue star Nikki Sixx, and led to bosses at a top radio network in Australia banning Kiss music from the airwaves.

Simmons has since posted an explanation for his comments on Facebook.com, and now an apology statement has been sent to Rolling Stone.

The rocker writes, "To the extent my comments reported by the media speak of depression, I was wrong and in the spur of the moment made remarks that in hindsight were made without regard for those who truly suffer the struggles of depression...

"I sincerely apologize to those who were offended by my comments. I recognize that depression is very serious and very sad when it happens to anyone, especially loved ones. I deeply support and am empathetic to anyone suffering from any disease, especially depression."