Veteran Rockers Kiss Have Been Honoured With A Permanent Memorial In Michigan. 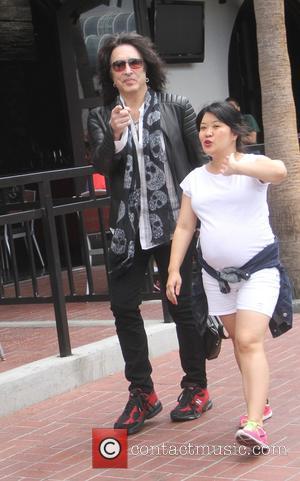 The band visited the town of Cadillac in 1975 after the local football team credited the rockers with spurring them to success as their songs were played between games during an award-winning streak.

The musicians took part in a street parade, performed at the high school and showered the town with 'thank you' cards as they departed from the football field via helicopter.

Locals have now remembered the day 40 years on by erecting a monument in tribute to the rockers, close to the high school's football stadium.

The 10-foot (three-metre) high granite sculpture is emblazoned with a picture of Kiss during the visit and the message, "The renowned bond between Cadillac and KISS endures to this day."

Members of KISS were unable to attend the unveiling ceremony as they are currently on tour in Australia, but Paul Stanley and Gene Simmons recorded a special video message which they shared online.

"Congratulations Cadillac, Michigan," Paul says in the clip. "(It has been) 40 years since we got to know each other, 40 years later... We can't forget you. It's an honour to be part of this."