Kit Harington is an English actor. Best known for playing the role of Jon Snow in the television series Game of Thrones, Harington also voice acted the character of Eret in How to Train Your Dragon 2 and.played the lead role of Milo in the 2014 film Pompeii.

Net Worth: According to Celebrity Net Worth, Kit Harington has a net worth of approximately $4 million.

Personal Life: Harington has Baronets in his family history, such as his uncle (Sir Nicholas John Harington) and his great-grandfather (Sir Richard Harington). His eight-times great-grandfather was Charles II of England. Born in Acton, London, Kit Harington's father was a businessman and his mother was a former playwright. At the age of 11 Kit and his family moved to Worcestershire where Kit studied at the Chantry High School in Martley. After watching a production of Waiting for Godot at the age of 14, Kit became interested in a career in acting. He later studied Drama and Theatre Studies at Worcester Sixth Form College between 2003 and 2005. At the age of 18 Kit moved back to London to attend the central School of Speech and Drama. In 2008 Kit graduated.

Career: Harington claims he wanted to be a journalist, a cameraman or a war correspondent prior to becoming an actor. He played the role of Albert in the National Theatre's adaptation of War Horse whilst still at drama school. Harington's exposure and critical acclaim came in the form of two Olivier Awards which the play won. This followed with Harington being cast in the play Posh - a dark comedy about the upper classes at Oxford University. Harington then auditioned for the role of Jon Snow in the television series Game of Thrones; he got the part, and made his first television debut in 2011 when the show first aired. His role is mainly filmed in Iceland and Northern Ireland.

2012 saw Harington make his cinematic debut as Vincent in Silent Hill: Revelation 3D. At the Young Hollywood Awards 2013 Harington was awarded with the title of Actor of the Year. He has also featured as Roland Leighton in the 2014 film Testament of Youth, as well as in the 2015 film Seventh Son. The 'Game of Thrones' star called on Marvel to lead the way and help boost LGBT representation in Hollywood.

Kit Harington has called on Marvel to lead the way in increasing LGBT representation in the TV and film industry by casting more gay actors.

The 31 year old actor says that he thinks the issue behind Marvel’s hesitance to cast an openly gay actor as one of its flock of superheroes stems from a perception that masculinity and homosexuality are incompatible.

Diversity in Hollywood and the entertainment industry has been a hot-button topic in 2018, and over the last 18 months significant steps forward have been taken, with Black Panther and Wonder Woman being two of the biggest blockbusters in that time-frame. However, on the LGBT front, there's not been a similar breakthrough.

Filming on the battle scenes has been taking place for 55 consecutive days.

Though not much is known about the final season of 'Game of Thrones' - which will consist of the HBO fantasy series' last six 90-minute episodes - we do know that it's going to be a violent and chaotic affair. That was confirmed earlier this year when filming started on what will be the biggest battle scenes the show has ever seen.

Likely seeing the Night King's army of the dead go up against those fighting to keep the Seven Kingdoms under the control of the living, the scenes were being filmed over 55 consecutive days in Northern Ireland. That's something that series assistant Jonathan Quinlan took to Instagram to talk about, calling the team that put the scenes together "the Night Dragons" and explaining how they had to endure "the cold, the snow, the rain, the mud, the sheep s*** of Toome and the winds of Magheramorne."

Kit Harington has played Jon Snow in 'Game of Thrones' ever since the series started on HBO.

The writing's been on the wall for a while now: 'Game Of Thrones' is coming to an end. With just six episodes to go in the show's conclusive eighth season, fans will finally get to see how the story is brought to a close next year. With cast recently reading the scripts for the final episodes and doing some dramatic table readings, it's only a matter of time until we discover what's planned for Jon Snow (Kit Harington), Daenerys Targaryen (Emilia Clarke), Arya Stark (Maisie Williams), and the rest of the characters we've fallen head over heels in love with over the past few years.

Harington in particular has proven to be a major fan-favourite, working as a lead character of the series since its debut all the way back in 2011. Despite all of the love for Jon however, and the fact that a number of spinoffs are in development behind-the-scenes at HBO, he's not somebody who will be returning to the franchise when these six 'GoT' episodes have come to an end.

Continue reading: Kit Harington Confirms He Won't Be Involved In Any 'Game Of Thrones' Spinoffs

Game of Thrones has enthralled a legion of fans for seven nail-biting series with everyone asking just one question: how is it going to end? And it seems the average Joe is desperate to find out what happened as much as the world’s most famous superstars after Mariah Carey cornered GOT star Kit Harington at the Golden Globes and pressed him for spoilers.

Mariah Carey is a big fan of Game of Thrones

The Sun reported the legendary diva, who was attending the awards show’s after party, approached Kit, who plays Jon Snow in the show, and was "all over him" according to an onlooker.

'Game of Thrones' will conclude with its eighth and final season.

Known to 'Game of Thrones' fans around the world as Jon Snow, Kit Harington is an actor who's really worked his way into the hearts of millions, but will be bringing his GoT character's story to an end when the series reaches its conclusion with its eighth and final season.

Where we left things off, it was finally confirmed that Jon was actually a descendant of the Targaryen family, and so was related to Daenerys Targaryen (Emilia Clarke) herself; the woman whom he was supporting for the claim of the Iron Throne, but also somebody he had started a sexual relationship with. 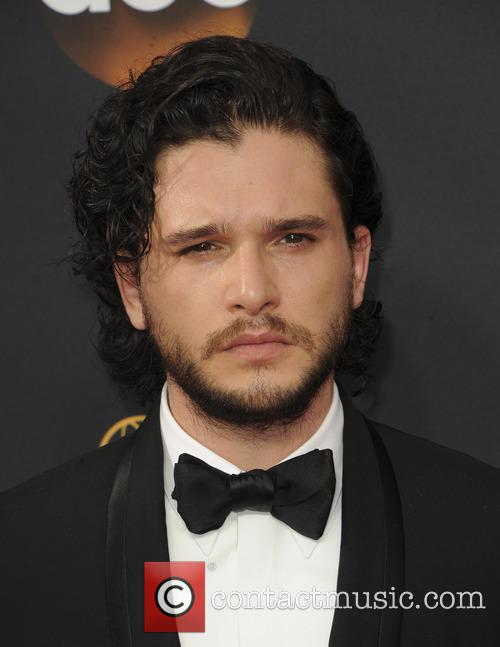 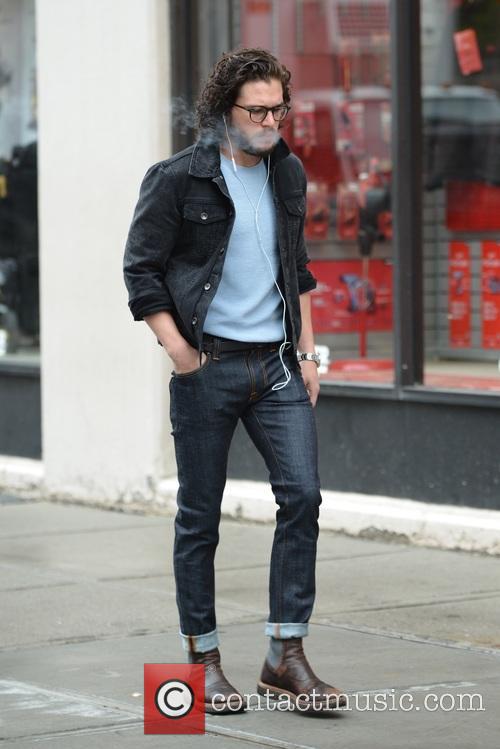 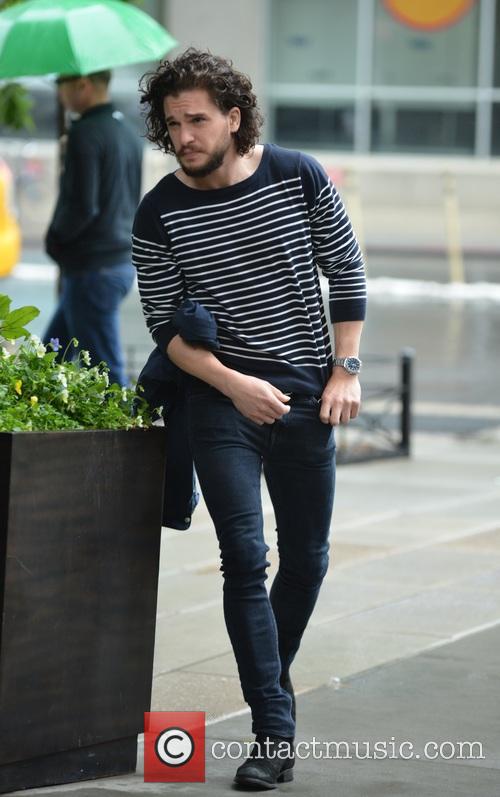 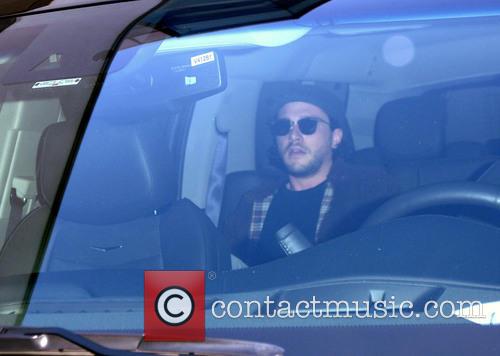 Kit Harington and Alicia Vikander - A variety of stars took to the red carpet ahead of the UK premiere of the biographical drama 'Testament of Youth'which stars Hayley Atwell, Dominic West and Kit Harington. The premiere was held at the Empire Leicester Square in London, United Kingdom - Monday 5th January 2015 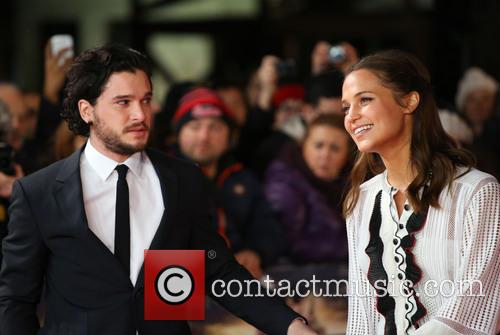 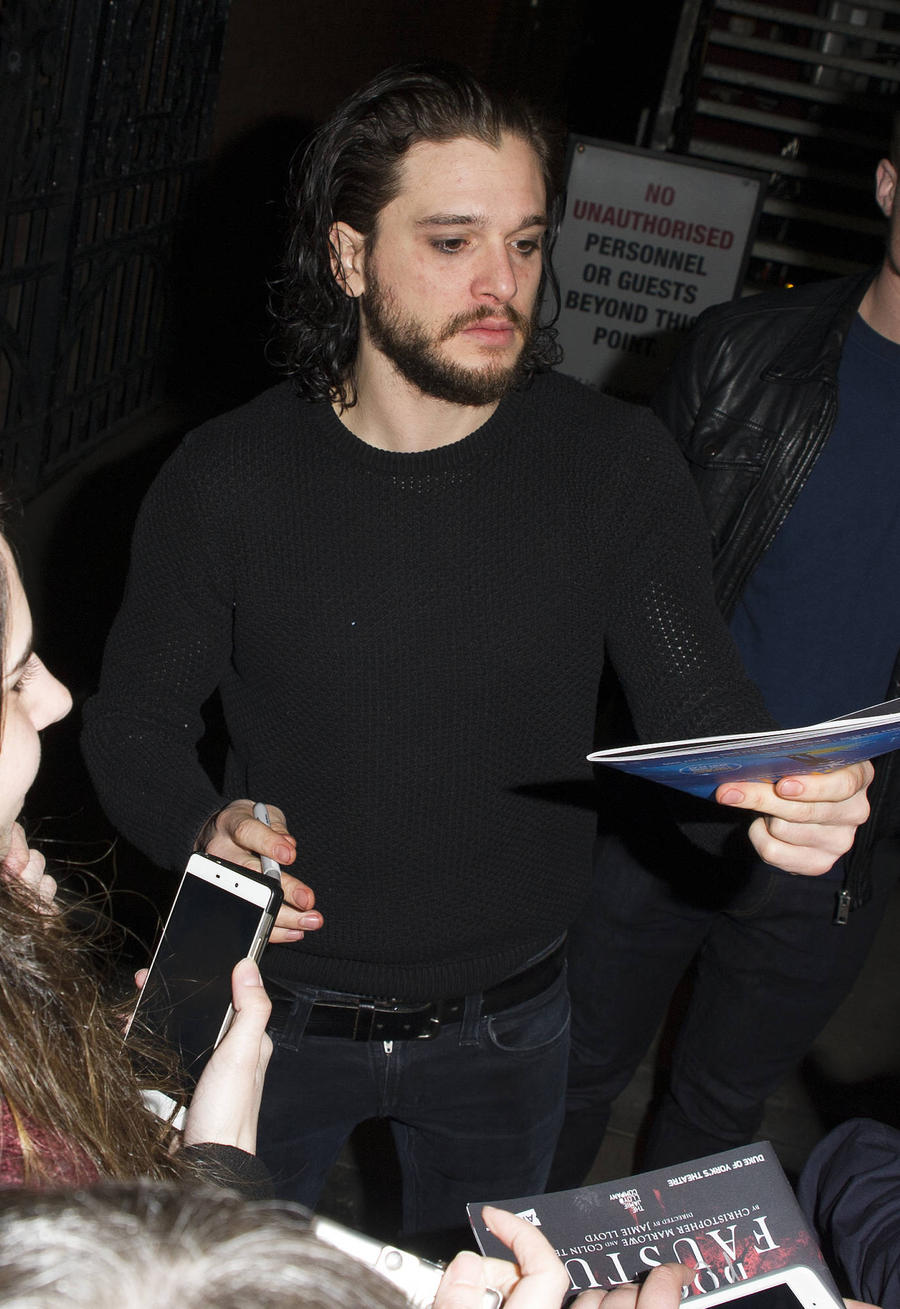 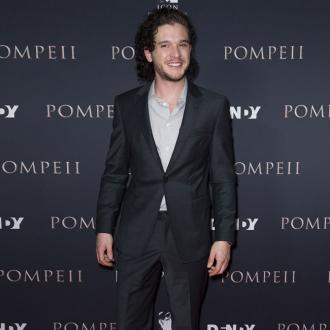 Kit Harington reveals the attraction of Spooks: The Greater Good

Can We Finally Be Certain That Kit Harington Will Return To 'Game Of Thrones'?

Does Kit Harington's Wimbledon Hair Hold The Answer To Our Jon Snow Questions?