'Game of Thrones' Star Kit Harington Promotes More Male Nudity On The Show: "Its Only Right"

The 27 year-old Brit feels the male characters should have just as much nude scenes as the females. 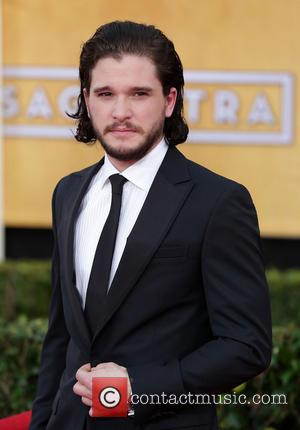 'Game of Thrones' heartthrob Kit Harington is a supporter of gender equality on the HBO hit show.

The 27 year-old, who plays the character of Jon Snow, believes that if the show constantly features female nudity, now it may be time for the males to take their kit off.

And Harington is all for it.

"It's only right, if you're going to make a show where nudity and sex is a large part of it, that you be a part of that," the British actor told the April issue of GQ.

Although Harington is a supporter of equality on the show, he still would be very cautious about going completely nude.

"I wouldn't say I'd be happy about it.I'm not saying because I don't know. It would have to be f-----g well deserved," he said to the mag.

Still only in his mid-twenties, Harington has been a leading man on 'Game Of Thrones' since its debut in 2011, and in that time he has grown close to the character he has played for the last three seasons.

"I think Jon Snow is one of the last bastions of a young hero who might do a good thing," Harington said. "There's a huge amount riding on him to be a leader, and I want him to become that leader. I guess for me, Jon Snow is a figure of hope within the whole thing-that he'll continue to be this good person, and somehow the story will end well for everybody."

In its three year existence, the show has killed off quite a few main characters and as the premiere of season 4 approaches, Harington warns the fans to expect violent ends.

"It's getting worse, yeah," he stated. "What I wonder is how people can deal with something going dark and dark and darker. Being unrelenting in how pessimistic things are." Season 4 will premiere on April 6th 2014.