'Game of Thrones'' star Kit Harington can't stand being asked about his hair, he said it drives him ''insane''. 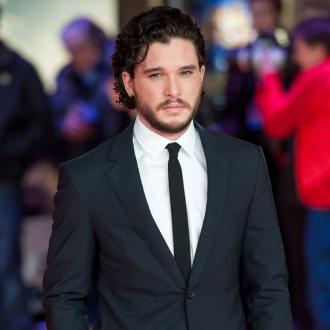 Kit Harington is ''driven insane'' by people asking about his hair.

The 'Games of Thrones' hunk can't stand being questioned about his dark luscious locks and finds it distracting when people obsess over his looks.

When asked what his least favourite question to be asked is, he told DJ Nick Grimshaw on UK station BBC Radio 1: ''There is always someone who wants to ask me about my hair and it just drives me insane. It's hair, it's just hair. I'm just amazed by it, it follows me everywhere.''

The radio presenter asked if the actor had told his publicist to send out a message that interviewers were not to ask about his hair.

It's not just his hair that gets Kit's fans in a frenzy.

The 'Spooks: The Greater Good' star said: ''When people focus too much on people's looks or appearance for a role, it can sometimes feel like that is all that's being focused on. Sometimes you want to try and get away from that.''

Kit, 28, did say he doesn't get offended when someone says he is gorgeous, in fact he thinks it's ''lovely''.

But he added: ''It can distract at times ... I don't consider myself that beautiful.''