Kit Harington's hair has a contract

Kit Harington's hair has its ''own contract'' and 'Game of Thrones' bosses have banned him from cutting it. 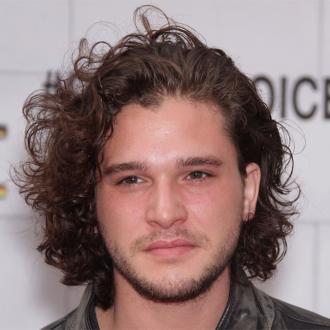 Kit Harington's hair has its ''own contract''.

The 'Game of Thrones' hunk is desperate to cut his long locks but has been banned from doing so by programme bosses.

He said on 'Live with Kelly and Michael': ''It has its own contract, definitely. I never thought I'd say that about my own hair ... I'm not allowed to cut it, and I didn't realise this until recently. I wanted to cut it - I've had long hair for ages - and they were like, 'No, no, no. That won't be happening.' ''

The 27-year-old actor admits he gets tired of ''ridiculous'' negotiations every time he needs to have his hair trimmed.

He said: ''It's very funny when you get into these things, and people get very obsessed by little things ... There's all of these ridiculous conversations that go back and forth between agents and managers and HBO, 'Can we have four inches off or can we have an inch off? What can we do with this? How curly should it be?' It's silly.''

And when show host Kelly Ripa suggested he cut his hair and add in a weave, he revealed that wasn't an option.