Actor Kit Harington Tried To Convince Queen Elizabeth II To Try Out Game Of Thrones' Iconic Royal Seat During Her Set Visit But Was Warned It Would Breach Protocol. 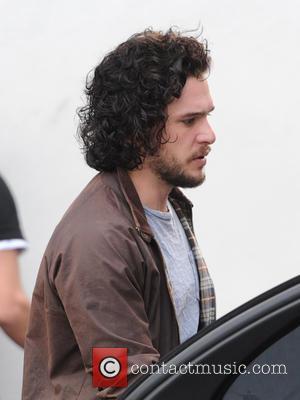 The cast and crew of the hit fantasy series were amazed when the British monarch paid a visit to the set in Belfast, Northern Ireland last year (14), and Harington could not resist inviting Her Majesty to sit on the show's 'Iron Throne'.

However, he was quickly rebuffed by aides who pointed out that the Queen is permitted only to sit on the official Throne of England.

Harington tells U.K. talk show host Graham Norton, "The Queen visited the set and we kept asking her to sit on the throne and we kept getting told the same thing which was, 'She's not allowed to sit on other thrones, fictional or otherwise.'"