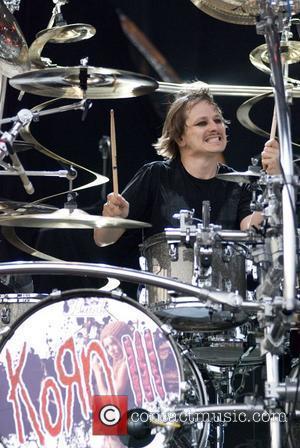 Born-again-Christian Brian 'head' Welch is rejoining his former Korn bandmates for a pair of German festival performances next year (13).

The guitarist quit the group in 2005 to dedicate his life to religion but after a one-song reunion at the Carolina Rebellion festival in North Carolina in May (12), Welch has agreed to return for the Rock Am Ring and Rock Im Park festivals in June (13).

He'll play full sets with the band, according to a statement from Korn, which reads: "Head returns as a special guest to play two full shows with Korn for the first time since 2004."

And the guitarist tells Revolver magazine, "I ended up at the Carolina Rebellion show... I had gone with P.O.D., because I was on tour with them. Korn was playing. I was just going to go say hi to them... They asked me to jam with them five minutes before the show.

"I was like, 'This was supposed to be the first time I was gonna watch Korn. I was going to go to the soundboard and everything. But I was like, 'All right, I'll do it.' And I felt this connection. It was all positive... I went home and thought, 'That was a cool experience.'"

Looking ahead to the German shows next summer, he adds, "I want to connect with the fans. It is the right time. We're just going slow right now. We're just gonna do those couple (of) shows and see what happens. Just have a good time."