It's A Girl. Kourtney Kardashian And Scott Disick Expecting A Sister For Son Mason 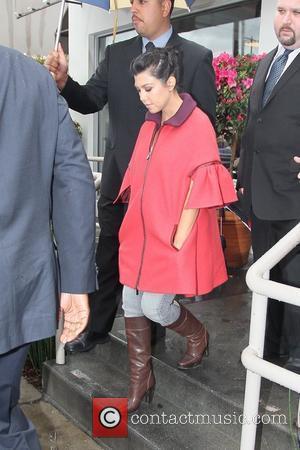 Kourtney Kardashian and Scott Disick are expecting their second child and E! Online has revealed that this time, the couple will be having a daughter. Her younger sister Kim Kardashian also announced the news on her blog, with a message that reads "Kourtney is having a baby girl!! The whole family is so excited! Mason is going to have a little sister!. Congratulations, Kourtney and Scott. I can't wait to meet her! Xo."
Kim also stepped in for Kourtney and took over presenting duties on QVC. On her Twitter page, she announced that she was taking over from Kourtney, who wasn't feeling well: just landed in Philly! I know Kourtney was scheduled to be selling live on QVC, but she wasn't feeling good so I'm taking over!" Her youngest sister Khloe Kardashian also announced the news on her Twitter page that Kourtney is expecting a baby girl, with a brief message that read "Kourt is having a baby girl!!!!!" Kourtney had revealed that Khloe was also suffering with the family bug that had prevented her from doing her presenting job.
And, never one to miss out on the family's publicity opportunities, Kris Jenner addressed her own followers on Twitter by saying "Hey twitterfam!! @KourtneyKardash @ScottDisick are having a Girl!!! Can't wait to go buy something Pink! What a blessing!" Kourtney's baby is due in late spring. On her blog, she told her fans that she considered the baby "an amazing blessing," no doubt mindful of the fact that her younger sister Khloe is also keen to have a child with her partner LAMAR ODOM.