The Kardashian family are planning to film a spin-off series in the UK later this year. 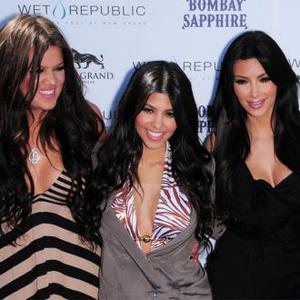 The Kardashian family are to make a show in London.

Sisters Kim, Khloe and Kourtney Kardashian, their mother Kris Jenner and brother Rob Kardashian, along with Kourtney's boyfriend Scott Disick, are planning to relocate to the UK this summer to shoot scenes for a programme that will air later this year.

A source told the Daily Mirror newspaper: ''The family really feel that they've conquered reality TV In America with a number of different shows and spin offs, so the UK is the next country they want to break.

''The Kardashians love England and think they could get up to a lot of fun - and trouble - wih a summer in London. It would make great TV as well as boosting their profile internationally.''

The family - whose first reality series, 'Keeping Up with the Kardashians', began airing in 2007 - had planned to coincide their trip with the London Olympics but finding accommodation for themselves, their crew and their entourages was too difficult.

The UK special is the latest spin-off series for the family, whose shows - including 'Kourtney and Kim Take New York' and 'Khloe and Lamar' - air on the E! network.

It was recently revealed the station were planning more spin-offs, including one featuring the youngest members of the family, Kylie Jenner, 14, and Kendall Jenner, 16.

Bonnie Hammer, Chairman of NBCU Cable Entertainment and Cable Studios, said she was hoping for ''two, three, even four new Kardashian spin-offs'', with 'Dancing With The Stars' runner-up Rob also being rumoured to be the focus of a new show.

Discussing the future of the Kardashian franchise, she added it would continue as long as it was relevant.

She added: ''I think it will have its own life expectancy and we'll just go along with it and help hone what's right for E! and what's not right for E! as we develop a whole other world.''