Kourtney Kardashian and her boyfriend Scott Disick have reportedly been offered their own reality show but they have to agree to get married on screen. 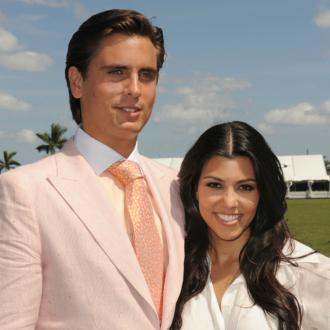 Kourtney Kardashian and Scott Disick have been offered their own reality TV show.

The couple - who are parents to Mason, three, and 12-month-old Penelope - have been told they can have their own spin-off show from 'Keeping Up with the Kardashians' if they agree to marry for the cameras.

A source told the new issue of America's Star magazine: ''Producers have made it clear they expect a wedding and a baby. They've offered Kourtney a massive pay cheque to do the show and she and Scott are going for it.''

While Scott has demanded an equal salary with Kourtney, producers have refused as they still consider her the main star of the proposed series, however, he will still bank a considerable sum.

The source explained: ''Scott believes he's the most interesting person on the show and that people tune in to see him so he demanded to be paid as much as Kourtney. The producers are trying to make it clear that Kourtney has the name and is worth more.''