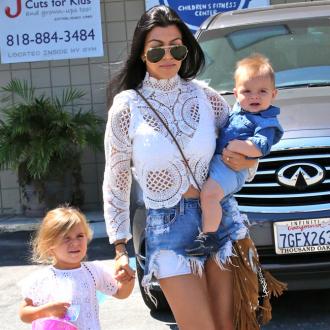 The 36-year-old reality TV star, who split from Scott Disick last month after nine years together due to his excessive partying, is hoping to find love again with someone completely different to her ex-boyfriend.

A source close to the 'Keeping Up with the Kardashians' beauty said: ''Kourtney said that she can't wait to start dating again, but this time she is going to find herself a real man who does not drink.''

Kourtney is also eager to meet a new man that would be a good influence on her three children, Mason, five, Penelope, three, and Reign, eight months.

The insider told gossip website RadarOnline.com: ''She is also considering a man that has children of his own.

''The next guy she dates is going to be older than her and independently wealthy. She does not want to be with someone who is on television either!''

The star has worked hard to regain her svelte pre-pregnancy figure in recent months and feels more body confident than ever despite being upset about her split from Scott, 32.

The source added: ''Kourtney is taking this break-up as a learning experience and using it to make herself stronger than ever.

''She is back to the Kourtney that she was before she met Scott and is devoted to getting her body in rocking shape to revamp her image.''