Kris Jenner has revealed her daughter Kourtney Kardashian is ''hanging in there'' following her split from her partner of nearly ten years Scott Disick. 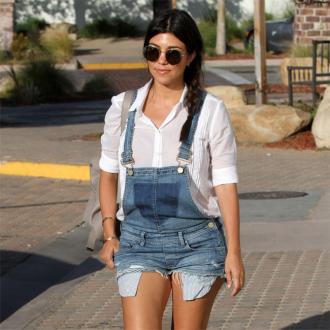 Kourtney Kardashian is ''hanging in there'' following her split from Scott Disick.

The 36-year-old beauty's mother Kris Jenner has insisted the 'Keeping Up With The Kardashians' star is ''good'' despite parting ways from her partner of nearly ten years.

They said: ''He acts out, he rebels, he drinks too much and he embarrasses her.

''He acts like a kid sometimes. He just rebels against the crazy responsibility of having three kids and makes Kourtney do it all.''

And it was said to be the final straw for Kourtney when photos emerged of him with stylist Chloe Bartoli.

Another insider added: ''Kourtney dumped him after she saw the pictures and he hasn't been home after a month-long party binge.