Kourtney Kardashian is angry and disappointed

Kourtney Kardashian is ''angry and disappointed'' with Scott Disick after ending their relationship last weekend. 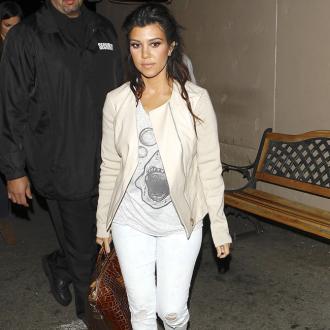 Kourtney Kardashian is ''angry and disappointed'' with Scott Disick.

The 36-year-old reality TV, who ended her relationship the 32-year-old socialite after nine years of dating last weekend when images surfaced of him partying and canoodling with ex-girlfriend Chloe Bartoli in the South of France, reportedly isn't particularly upset about their split and has no plans to forgive him.

A source close to the 'Keeping Up with the Kardashians' star, who has three children, Mason, five, Penelope, three, and Reign, six months, with her ex-boyfriend, said: ''She is more angry and disappointed than sad. She has been let down by Scott many times in the past, but she is done this time.''

Kourtney ''is focused on her kids'' and wants to protect them from their father's erratic behaviour, as they are her ''top priority.''

The insider also told PEOPLE.com: ''She doesn't want the kids to be around his behaviour. Kourtney will do whatever it takes to protect the kids.''

The brunette beauty is leaning on her family, including sisters Kim Kardashian West, 34, and Khloé Kardashian, 30, for support at this difficult time.

The source added: ''Her whole family is supporting and helping her.''