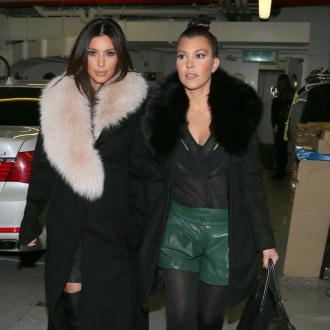 Kim and Kourtney Kardashian are proud of their sister Kylie Jenner for standing up for herself.

The 'Kourtney & Kim Take Miami' stars praised the teenager after she posted a furious rant on Twitter on Friday (01.02.13) hitting back at her cyber-bullies and rumours Bruce Jenner isn't her real father.

The 15-year-old reality TV star and model wrote: ''Yes, my father is my father and no my parents aren't getting a divorce. You guys can't believe any of these magazines. It's all bulls**t.

''And even though I don't let these stories get to my head. Imagine you at 15 & someone telling you your father isn't your father.

''EWWWW people disgust me. You're all pathetic.

''Wait. But you're ACTUALLY pathetic. Going after a 15-year-old and telling her her father isn't her father. Like WHAT? Are you insane?

''This makes me so mad. And I'm not taking the time to write all this because this hurts me. I'm writing this for the other teens my age.''

Kylie also admitted that she is regularly a victim of cyber-bullying but tries not to let the insults get to her.

She wrote: ''We all get cyber-bullied unfortunately, some more than others. I see at least 20 mean things said about me a day and continue to be happy. If you guys only read the things I've read about myself everyday. And guess what? I've never been happier.

''Just trying to show you guys that you aren't alone. And to ignore it. Because there is so much more to life.''

Kourtney, 33, publicly offered her support to Kylie shortly afterwards, writing: ''That was some rant @KylieJenner but I just want to say that I am proud and honoured to have you as my sister. What a well spoken young lady!''