Kourtney Kardashian: My family are stronger than ever

Kourtney Kardashian believes her family are ''stronger'' than ever and is looking forward to what the future has in store for them. 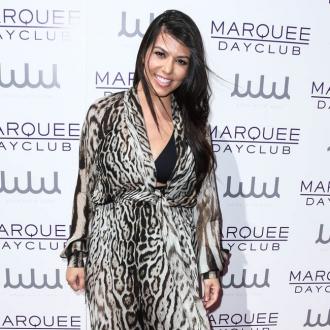 Kourtney Kardashian insists her family are ''stronger'' than ever.

The 'Keeping Up With The Kardashians' star - whose step father Bruce Jenner is undergoing gender reassignment surgery and whose long term partner Scott Disick recently completed a stint in rehab - has revealed she's feeling optimistic about the changes in her family life and is looking forward to the future.

She said: ''I feel like because we're all so close it just makes us stronger and I'm not one who loves change but everything is going to be really positive. There's a lot of good things.''

The brunette beauty - who has three children, Penelope, two, Mason, five and four-month-old Reign with Scott - gushed over the latest addition to their brood and described the tot as ''the sweetest little boy''.

She said: ''Whenever people say 'How's the new addition?' He really is such an addition to the family. He's added so much. Everything is so easy. It's such an easy transition. It's been so amazing.

Kourtney - who celebrated her 36th birthday at Las Vegas' 1 OAK nightclub with Scott and her close friends last night (18.04.15) - was thrilled to receive a cake baked by their children and added the youngster's still had a say in how she spent her day.

She told PEOPLE: ''The kids made me a cake themselves. They always give me little art projects. I wasn't there. [Mason's] favourite is red velvet and the cake was red velvet. Today we went to the restaurant that he wanted to [go to] for lunch. Who's birthday is it?''