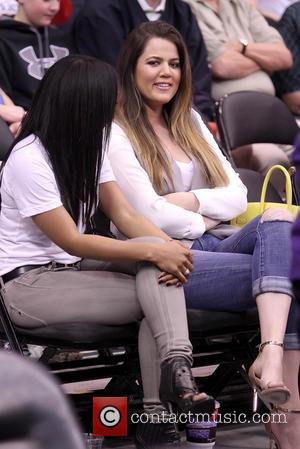 Kourtney Kardashian has slammed claims that Michael Girgenti may be the father of her 3 year old son Mason. Girgenti claims that he and Kourtney had unprotected sex after a photo shoot in 2008, and as a result, Mason may well be his child. Kourtney’s response, according to Cosmopolitan Australia was to completely dismiss the claims, saying that Girgenti’s story was “preposterous and an outrageous lie.”

According to Michael Girgenti, their illicit liaison took place when Kourtney was having troubles with her partner Scott Disick. They had both taken part in a photo shoot for 944 magazine. He allegedly took Kourtney back to his apartment after the shoot and that’s where he says things got steamy between them “We started kissing, making out and touching each other. My shirt was off. We were fooling around on the couch a little while before I took her to the bedroom,” the model claims. Girgenti claims that they did not use protection and has also said that when he discovered Mason was born nine months after the incident, he “saw photos of him and started to wonder.”

Michael claims that he tried to contact Kourtney via email but she didn’t bite. “If Mason’s my child, I want to be there for him. He deserves to know who his real father is.” He also claims that he went public with the story in an attempt to push Kourtney into arranging a DNA test for Mason. It looks as though he may have a fight on his hands if the mighty Kardashian is refuting his story, though.