Kourtney Kardashian 'praying' for a baby

Kourtney Kardashian is ''praying'' for a baby and would love to get pregnant again soon. 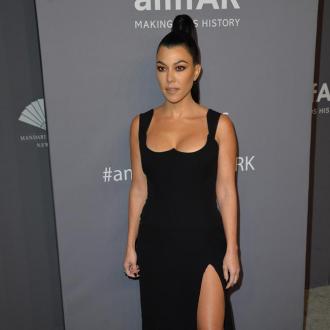 Kourtney Kardashian is ''praying'' for a baby.

The 'Keeping Up With The Kardashians' star would love to have another child and asked her fans to pray that she would be expecting soon.

When one fan commented: ''You are pregnant, another responded: ''nope, wish she was.'' Kourtney then added a praying hands emoji and replied back: ''Put the blessing out there though.''

Meanwhile, the 40-year-old reality television personality - who has Mason, 10, Penelope, seven, and Reign, five, with her ex-husband Scott Disick - previously revealed those who criticise her parenting are the ''worst''.

She said: ''I really try to not give energy to things that aren't worthy of my energy. Once in a while, I may respond to a negative comment for fun, or if something really does bother me I definitely have the platform to correct it ... but I usually don't think twice. No matter what it is that I am doing, someone has something to say, good or bad. The worst, though, is when people I don't know give unsolicited parenting advice. No one knows my kids better than me, I've got this, I'm good, thanks.''

And Kourtney previously confessed she ''wishes'' she was pregnant after one fan quizzed her on her tummy in a photo she posted to social media.

When the fan commented to ask if Kourtney was expecting, the brunette beauty - who is dating Younes Bendjima - responded: ''no i wish (sic)'' alongside a pregnancy emoji.

Kourtney rekindled her romance with Younes late last year and is giving him ''another chance'' and is hopeful it will all work out for the best this time around.

A source said last month: ''In the past, Kourtney was very happy dating Younes and she feels the same now. They took a long break because Kourtney felt that she couldn't trust him. He is trying to convince her that she can though ... Not only was Younes a great boyfriend, he was also great with Kourtney's kids. They really like him. It's never easy being a single mom and dating. And Kourtney knows this. It seems she is giving Younes another chance. And she seems very happy about it.''