Kourtney Kardashian ''sacrificed'' her relationship with Scott Disick because she wanted to protect their three kids. 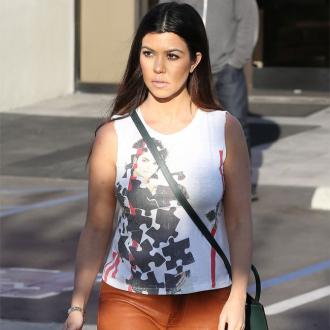 Kourtney Kardashian ''sacrificed'' her relationship with Scott Disick for the sake of their children.

The 'Keeping Up With the Kardashians' beauty has reportedly called time on her nine-year relationship with the 32-year-old star - who checked into rehab earlier this year - because she didn't feel it was healthy for their three kids, Mason, five, Penelope, two, and Reign, six months, to be around his wild antics.

A source said: ''She was over dealing with his constant lies and addictions.

''It was becoming a poor environment for the kids to be raised in and she refused to let that be the case.''

Another source said: ''Kourtney is willing to sacrifice her relationship with Scott in order to keep [her kids] safe.

''Her children are her first priority. She needs to protect herself and her family, so she knows this is the right decision.''

And Scott was said to have been putting partying above the ''responsibility'' of raising a family, leaving Kourtney, 36, to take control of the children.

The second source told People magazine: ''He acts out, he rebels, he drinks too much and he embarrasses her.

''He just rebels against the crazy responsibility of having three kids and makes Kourtney do it all.''