Kourtney Kardashian has reportedly enlisted her sisters - Kim and Khloé - to help save her relationship, by asking them to accompany her and partner Scott Disick to Las Vegas. 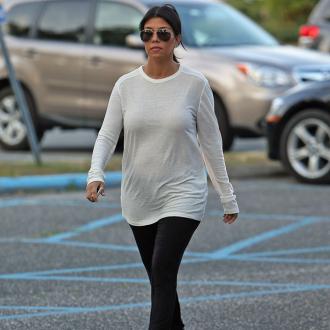 Kourtney Kardashian has enlisted her sisters to help save her relationship.

The 'Keeping Up With The Kardashians' star and her siblings, Kim and Khloé, will reportedly accompany the 35-year-old television personality's partner Scott Disick to Las Vegas when he appears at 1OAK Nightclub at The Mirage Hotel & Casino tonight (21.02.15).

A source shared: ''It is believed that they are going to shoot an episode of the show there and all of the girls went with him because they need to help him do a PR cleanup of the mess he made on his last round of club appearances.

''Kourtney, Kim and Khloé are not going to allow him to get drunk while they are around and they are saying this trip is a good opportunity for them to come together and iron out their differences.''

The couple - who have five-year-old Mason, two-year-old Penelope and two-month-old Reign together - are believed to be going through a rocky stage of their relationship and Kourtney is hoping a stern talking to by her sisters will do the trick with the 31-year-old former model.

The source added to RadarOnline.com: ''They have not been seeing eye-to-eye on anything and there is so much drama going on right now, that Kim and Khloé decided to be supportive sisters for Kourtney and are there to help save her and Scott's family.

''Kourtney doesn't always get real with Scott, but Kim and Khloé never hold back and are not afraid to tell him what they think. They have no problem putting him in check. Scott always surrenders when the three of them are guarding him.''