Kourtney Kardashian has enlisted her children Mason, four, and Penelope, two, in helping prepare the nursery for their unborn sibling. 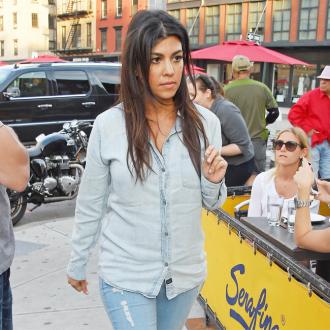 Kourtney Kardashian's son is helping her decorate their nursery for his unborn sibling.

The 'Keeping Up with the Kardashians' star and her boyfriend Scott Disick are due to welcome their third child - reportedly a girl - into the world in December and have been preparing their son, Mason, four, and daughter, Penelope, two, for their new arrival by getting them to help organise a special room in their $8.5 million home in Calabasas, California.

A source said: ''Mason loves spending time in the nursery with his mom and is helping decorate. It's almost finished.''

The 35-year-old beauty felt sick for much of her first trimester, but ''she's pretty much back to normal'' now.

The insider added: ''Kourt takes a nap every afternoon.'' Meanwhile, Scott, 31, is equally excited for their third child to arrive and is trying his best to support his girlfriend.

The source told Us Weekly magazine: ''Scott isn't travelling so much so he can be by her side. He's just being there for Kourtney.''

The reality TV star recently admitted she kept her third pregnancy a secret from Scott initially, as she was worried about how he would react.