Kourtney Kardashian reportedly threw Scott Disick out of their home over the weekend following a row about his partying. 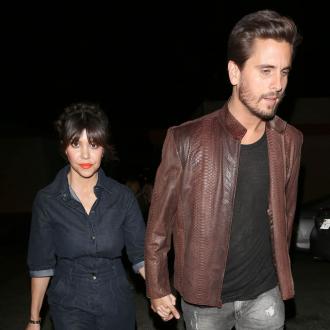 Kourtney Kardashian threw Scott Disick out at the weekend.

The couple - who are currently renting a property in the Hamptons while filming 'Kourtney and Khloe Take the Hamptons' - had a furious row about his constant partying, which led to the 35-year-old brunette ordering his long-term partner out of the house on Saturday (14.06.14).

Kourtney - who is pregnant with the couple's third child - is said to be especially upset with Scott as when he drinks he often gets into arguments with other people.

Despite the row, friends of the pair insist it won't mean the end for the couple - who have four-year-old son Mason and 23-month-old daughter Penelope together - as they regularly get into arguments over the same topic.

A source told website TMZ: ''Same old s**t. They fight, get back together, he parties, she doesn't like it.''

It is unclear whether Kourtney has allowed 31-year-old Scott back into their house yet but she sent him a message via Instagram on Sunday (15.06.14), which was Father's Day.

She wrote: ''Thanks for being a loving daddy more than anything else.''

It is believed part of the argument was caught on camera for their reality show.