Kourtney Kardashian thinks her son Mason, four, has the ''attitude'' to be a model, and her sister Khloe agrees. 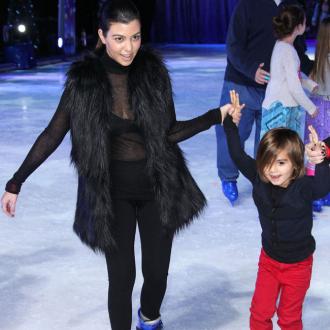 Kourtney Kardashian is thinking about getting her son a modelling agent.

The 'Keeping Up with the Kardashians' star, who is expecting her third child with boyfriend Scott Disick, has revealed their four-year-old little boy, Mason, could follow in his aunt Kendall Jenner's footsteps and hit the runway in the future.

Asked if he might become a model, the 35-year-old star - who also has two-year-old daughter Penelope - said: ''I don't know. He has such an attitude.''

Her sister Khloé added: ''He's very moody. He's very Kourtney-like. If he wants to do something, he will. If he doesn't, you can't get him to do anything.''

However, Khloe also thinks that her nephew has the perfect personality for the catwalk, saying he is ''kind of wild and fun, like the centre of attention.''

She told People magazine: ''It's like we have test-drivers. Kourtney dresses Mason so freakin' cute. He's such a fashionista.''