Kraak and Smaak's last release Electric Hustle was well, ok; like a supermarket curry, it was pleasant enough for the most part but a little bland. Certainly given the wealth of innovative, boldly ambitious and just plain weird avenues that dance music has been exploring in the last couple of years, there was almost nothing about it to suggest that it would be followed by a project as grandiose (At least in conception) as Mixed & Unmixed Feelings. 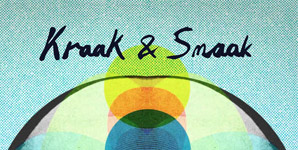 Possibly conceived one evening after drinking too much vodka and watching Swedish House Mafia, K&S (Dutch trio Oscar de Jong, Mark Kneppers and the brilliantly named Wim Plug), the Electric Hustle is now re-delivered here more nebulously in the guise of a number of remixes plus a raft of previously released stuff, on two CD's in mixed and unmixed versions (Relax. You'll get it).

Why they considered this whole exercise really necessary is anyone's guess, especially given a general lack of awareness of them other than as knob twiddlers on other people's work, but you can only review what's put in front of you, so accepting it's general right to exist, let's get on with the show.

Of the two, it's the Unmixed version that justifies more of an investment in time, building on Electric Hustle's finer moments (No More Crying, Romanthony's star turn on the classic house of Built For Love) and turning in a surprise or two on the additional extras front. Of these the retro This Feeling is all about the gradually evolving post warehouse club sound of 1991, but no worse for it, whilst the trio's take on Analog People In A Digital World's Bassaholics (On The Floor) throws in some classic cantina piano and big, up front Saturday vibes.

I have to confess the Mixed version seems a little confusing to me both in concept and form; it's not a mixed version of the other one (If that makes sense) but neither is it a mix of other people's tunes, rather a cobbled together stylistic chopping board of several of their own. Hmm. It also contains my least favourite club track - in fact my least favourite track of any kind of last year - in the guise of the dumb as a post Dynamite, a song so offensively lame it makes Eric Prydz sound like Massive Attack.

So, are K&S merely delusional or are they simply giving the public more of what they want? Either answer could be true, but you MUST check out their remix of Moby's The Day, on which the diminishing vegan re-works Flash & The Pan's ancient classic Waiting On A Train via some stilted jazz funk angles and an off-centre techno chassis. No really, it's ace. Trust us, the rest you can happily live without. 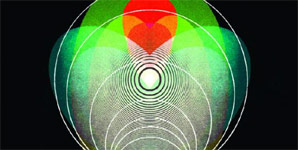