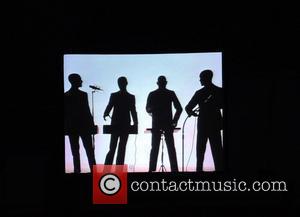 German electropop pioneers Kraftwerk are refusing to retire as they approach their 40th anniversary next year (10), insisting they love music too much to quit.
The German band were rocked last year (08) by the departure of founding member Florian Schneider, but frontman Ralf Hutter insists the remaining members are returning to the studio this Christmas to begin recording their next album.
Hutter tells Spiegel, "Why should we stop doing what we love to do? I don't see any difference, and birthdays do not interest me. We make our career as music workers like a serialised novel".