Kris Jenner has reportedly secured a four-year contract extension with E! for $100 million for herself and her daughters. 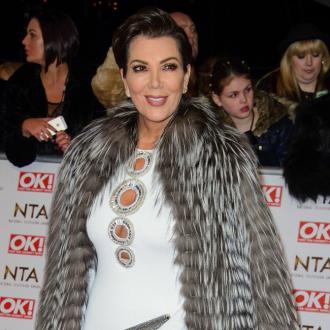 The Kardashians have signed a $100 million deal.

Kris Jenner, matriarch and manager, has reportedly secured a four-year contract extension with E! for herself and daughters Kim Kardashian West, Khloé and Kourtney Kardashian and Kendall and Kylie Jenner.

The agreement - which is said to be the highest in TV history for a reality brand - reportedly covers ''at least'' four more seasons of their reality show 'Keeping Up with the Kardashians', any spin-off shows and some digital projects.

A source told the New York Post's Page Six column: ''You'll be seeing a lot more of the Kardashian family. This is a huge deal, which will see their involvement with the network and its digital properties expand well into the future.''

One person who is believed to have been excluded from the deal is Kris' ex-husband Bruce Jenner, who is said to be leaving the reality programme after the next series.

However, he is believed to be starting his own show, which documents his rumoured gender transition.

Kim's husband, Kanye West, will continue to appear occasionally but he is not included in the deal.

The show's creator Ryan Seacrest is set to receive a ''sizeable fee'' under the terms of the contract.