Khloe and Kris Converse Over Kim and Kanye's Kid

The Kardashians talked genders, showers and reluctant fathers during their latest appearance. 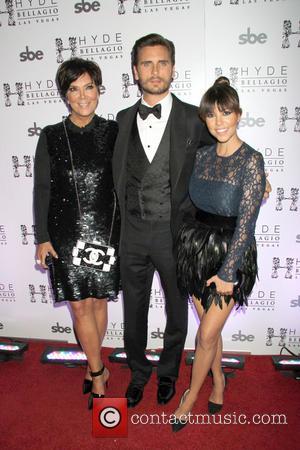 There’s not much going on around the Kardashians these days, but thanks to Kim’s condition, her relatives have the option of defaulting to pregnancy updates during any media appearance. This was the main topic during Kris Jenner and Khloe Kardashian Odom’s visit to Ryan Seacrest on Friday as well, according to E!Online.

The two big news items this time were the long-anticipated reveal of the baby’s gender (set for this Sunday’s premiere of Keeping Up with the Kardashians) and how proud the Kardashian-Jenner clan is of Kim for sticking to her guns and not cracking under the pressure of constant media scrutiny during her pregnancy. As the family’s life was discussed in more detail than you would get at your typical Christmas dinner, one burning question remained unanswered – would Kanye, aka Kim’s baby daddy, attend Sunday’s baby shower? We certainly hope so, but according to Khloe, her brother-in-law isn’t exactly the baby shower attending type.

"Scott [Disick] and Lamar [Odom] might bring Kanye at the end…because Kanye feels it's a little weird if he's the only guy," Khloé explained.

Well, Kanye’s never really looked like the uber-masculine type, but maybe opening baby clothes and breast pumps just isn’t his scene. Oh, the trials and tribulations of the Kardashian family! Much like Kim's baby, her family's involvement with the pregnancy continues to grow. Kris Jener is one devoted mother and grandmother to be.