Kris Jenner admits she pulled out of a scheduled appearance on 'Bachelor in Paradise: After Paradise' after suffering an allergic reaction because she is ''a little too vain.'' 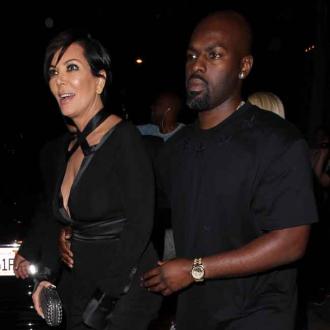 Kris Jenner admits she pulled out of a scheduled TV appearance because she is ''a little too vain.''

The 59-year-old reality star was due to feature on 'Bachelor in Paradise: After Paradise' last night (31.08.15), but was forced to cancel at the last minute after her lip swelled up due to a severe allergic reaction to an insect bite.

The 'Keeping Up with the Kardashians' star, who recently returned from a trip to St. Barts with her family and attended the MTV Video Music Awards [VMAs] with boyfriend Corey Gamble in Los Angeles on Sunday night (30.08.15), phoned into the ABC series and told host Chris Harrison: ''I don't know what happened. I feel like I got a bite on my face and like half of my face blew up. They [my doctors] gave me everything they could possibly give me in 12 hours. It went down a little bit, but not quite enough. I'm a little too vain, I think, to go on live TV with a huge lip.''

Kris, who previously admitted to undergoing a facelift, two breast surgeries and getting Botox, also suffered a bad reaction to insects after returning from a holiday in 2012.

She said: ''We were in the Dominican Republic, and I got bitten by something. And my lip blew up like the size of a - god knows what - a tire on my face.''