Kris Jenner and her daughter Kim Kardashian reportedly want to quit their reality TV show 'Keeping Up with the Kardashians' because they want to end the show on a ''high note''. 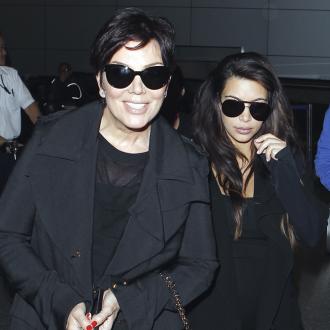 Kris Jenner and Kim Kardashian reportedly want to quit 'Keeping Up with the Kardashians'.

The mother and daughter, who achieved worldwide fame on the reality TV show which airs the day to day life of the Kardashian and Jenner family, want to end the series on a ''high note'' and don't want it to go on too long.

A source said: ''Both Kim and Kris want to make sure they end on a high note, leaving fans wanting more, rather than try and stretch the show on for another few seasons and watch it die a death. Plus, they are now moving on in their lives ... exploring new options and opportunities.''

Kris wants to focus on her forthcoming talk show which she is hoping to make a success, while Kim - who had her first child, daughter North, with partner Kanye West in June - wants to make more time for her young family.

A source told naughtybutnicerob.com: ''Kim wants to be with her daughter and Kanye, while Kris wants to focus on being a talk show host and maybe start producing movies. She's telling everyone that one day she will have an Oscar. They want a break from the cameras - that shouldn't be too surprising.''