Kris Jenner and Rob Kardashian have taken to social media asking people to pray for Lamar Odom after he was found unconscious in a Nevada brothel. 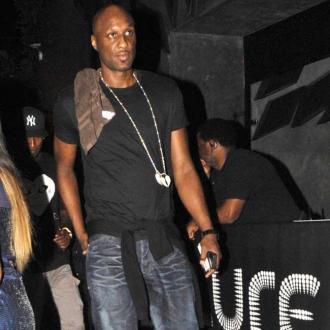 Kris Jenner and Rob Kardashian have taken to social media urging for prayers for Lamar Odom.

The basketball player's ex-mother-in-law and best friend have used photo sharing app Instagram to urge people to keep Lamar - who was found unconscious in the Love Ranch brothel in Nevada on Tuesday (13.10.15) - in their thoughts and prayers.

The 'Keeping Up with the Kardashians' momager wrote on Instagram, alongside a picture of the NBA player: ''Please pray for Lamar #ourfighter (sic)''

He wrote alongside an image of him hugging Lamar: ''Praying nonstop for my Brother !! (sic)''

A source previously said: ''Everyone has dropped everything to get there. There are a lot of calls and texts going back and forth as everyone is figuring out how they can help and be there for each other.

''They are asking their close friends to pray for Lamar, for healing and strength. There is confusion about his condition, and they don't know the extent of his injuries, but I'll tell you this: they wouldn't just drop everything unless it was serious. The family has been told that this isn't just a minor thing; that it was extremely serious.'